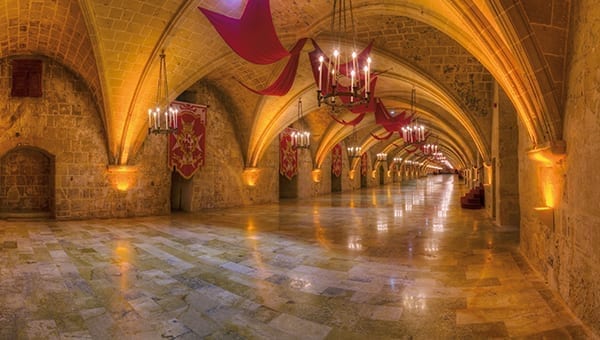 The Sacra Infermeria, the Holy Infirmary of the Knights of St John, has seen over 400 years of vivid human history as generations of patients have passed through its doors.

These ancient walls have witnessed triumph and tragedy, selfless care and unspeakable suffering, medical innovation and sad decay. It’s as though the very fabric of the place is imbued with the ghosts of centuries…

A Mission to Heal the Sick

The Order of St John had its origins in 11th century Jerusalem, some time before the first crusade, establishing a hospital to provide care for sick and wounded pilgrims visiting the Holy Land. 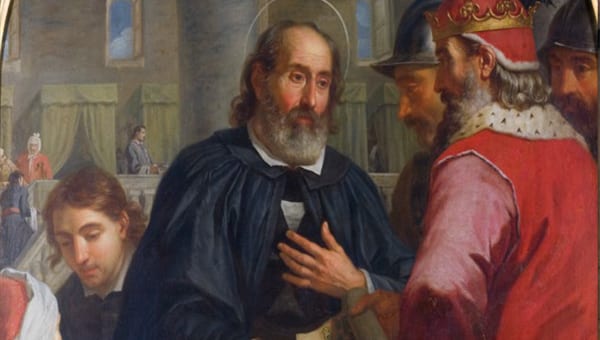 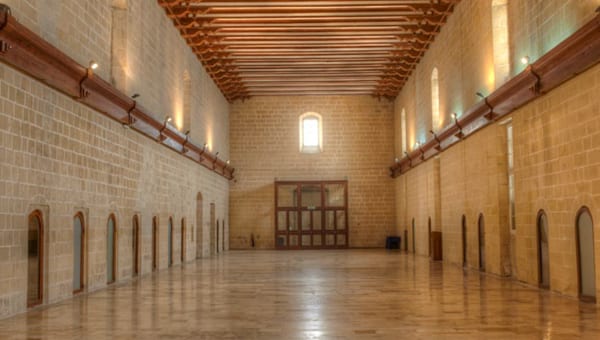 By 1787, the various wards of the Infirmary accommodated 563 beds – a number which could be increased in times of emergency to 914. This vast 155-metre long room with its magnificent timber ceiling is known as the Great Ward and was once the longest hospital ward in Europe.

Where Patients Dined off Silver

The Sacra Infermeria employ the highest standards of medical treatment and hygiene for its day.

One striking example was the hospital tableware on which food was served. This was actually made of silver, simply because this was practical and easy to clean. 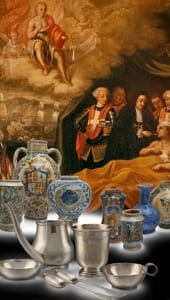 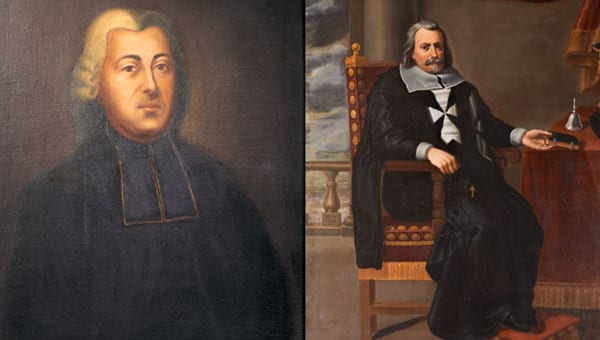 Left: “Gabriele Henin, (1696-1754), known as the “Father of Anatomy in Malta”. Henin refined and improved the teaching of anatomy at the infirmary, bringing it great renown.

1676 was a landmark year in the history of the infirmary. It was then that Grand Master Nicolas Cotoner founded the School of Anatomy and Surgery – an institution devoted to formalising and improving training in these vital fields.

With the British now in control of the Islands, a new era in the Infirmary’s history began. In September 1800, British military forces began to appropriate the building for their ailing soldiers. From this date on, it became known as the General Hospital, Garrison Hospital, or Station Hospital.

From 1863, substantial structural alterations were carried out to modernise hospital facilities. The windows of the Great Ward, (now known as the Long Ward), were enlarged to admit more light and air. 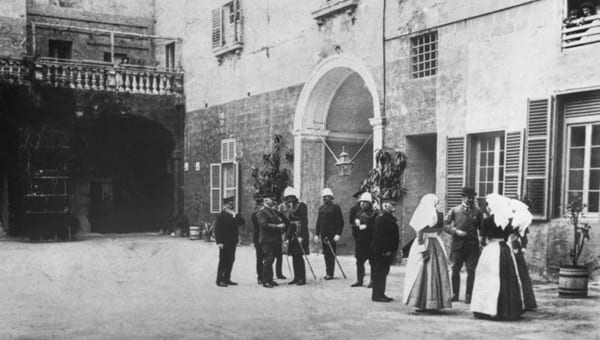 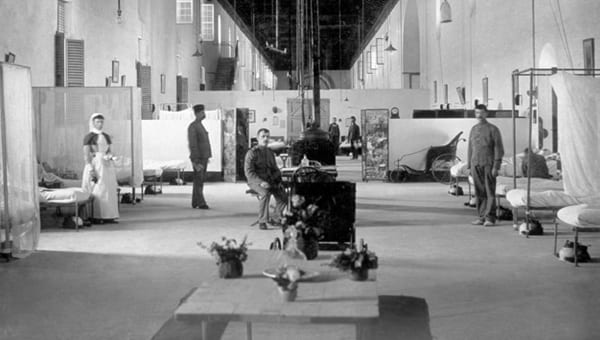 Nurse of the Mediterranean

Malta richly deserved its title, “Nurse of the Mediterranean”, offered in gratitude for the sanctuary and care it provided to thousands of servicemen injured in the First World War.

Following the First World War, the life of the old Station Hospital was to take a new and unexpected turn, as the island’s first police headquarters.

Among the structural alterations carried out when the hospital changed its role, was the conversion of part of the Grand Magazine Ward into stalls for the horses of the Mounted Police. 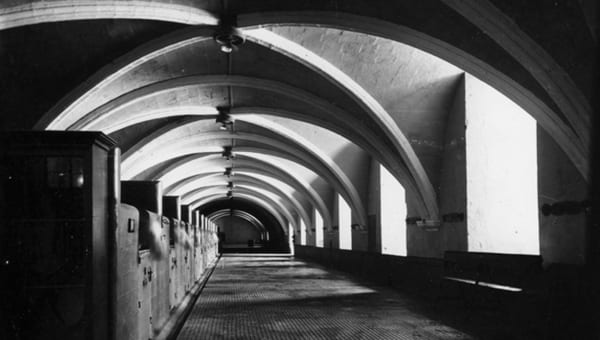 Stables in the Grand Magazine Ward 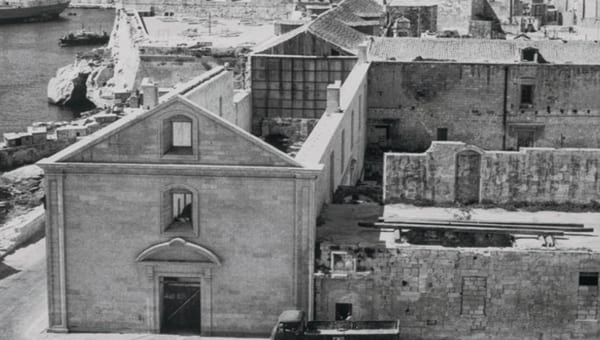 The Scars of War

In May 1940, with World War II raging across Europe, the Infirmary building, by then fulfilling a role as police headquarters, was evacuated and closed up, as the Axis area bombing campaign against the Islands increased, turning much of Grand Harbour area to rubble.

The old Infirmary was not spared, suffering four direct hits that destroyed various parts of the building.

Two Theatres and a Courtyard

In the post-war era, efforts were made to repair and reconstruct the building; however, it would take a decision taken in 1978 to provide Malta with a major Conference Centre to breathe new life into the building.

The most radical part of the restoration was the roofing over of the old hospital courtyard to create Republic Hall an impressive theatre designed to stage a wide range of conference and congress events, as well as theatre, concerts and opera.

Tragically, Republic Hall was utterly destroyed by a fire in 1987, and yet again an energetic rebuilding programme quickly restored it to its former glory, and 1989 saw the official inauguration of the newly rebuilt theatre, which has since built an even more impressive reputation as an internationally acclaimed venue. 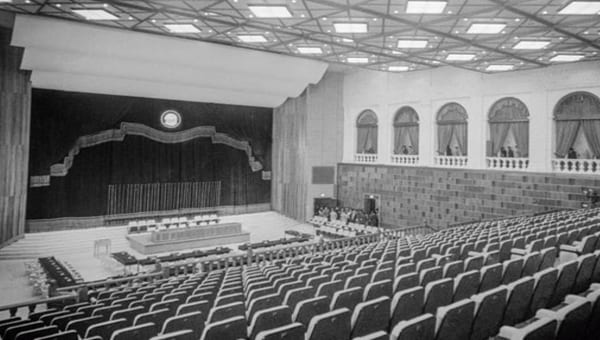 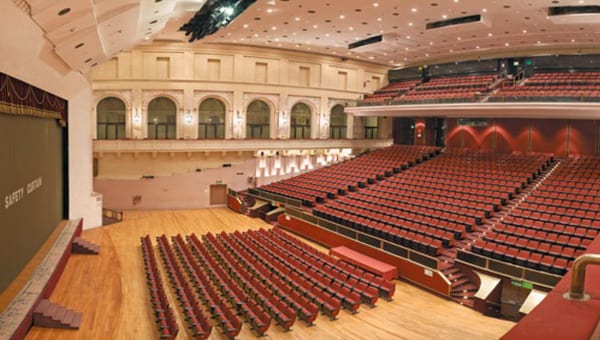 Kindly be advised on Friday 3rd & Saturday 4th February, The Malta Experience together with the tour of the Sacra Infermeria will be closed.

Also, until further notice, boe shall not be operating The Malta Experience and the tour of the Sacra Infermeria on Sundays.

We thank you for your cooperation and apologise for the inconvenience,