The modest and rather unassuming exterior of St John’s Co-Cathedral belies a truly unique baroque interior.  Commissioned in 1572 by Grand Master Jean de la Cassiére, as the Order of the Knights of St. John’s  conventual church, situated in Malta’s newly built capital city of Valletta.    The church was designed by the well established Maltese architect Girolamo Cassar, who is also credited for the design of numerous Valletta buildings that include many of the auberges and the Grand Master’s Palace.

Initially the church interior was simply decorated; however in 1660 during the tenure of Grand Master Raphael de Cotoner, the renowned Calabrian artist Mattia Preti was commissioned to transform the interior to rival the churches of Rome.  The interior is lavishly decorated with intricate carved and gilded stone reliefs and an exquisitely painted vaulted ceiling, depicting episodes of the life of St John the Baptist, and the floor is a complex patch work of marble slabs that are the final resting place for some 375 Knights of the Order.

The church is considered as among the finest examples of Baroque architecture in Europe and is worth seeing when visiting Malta’s capital city. 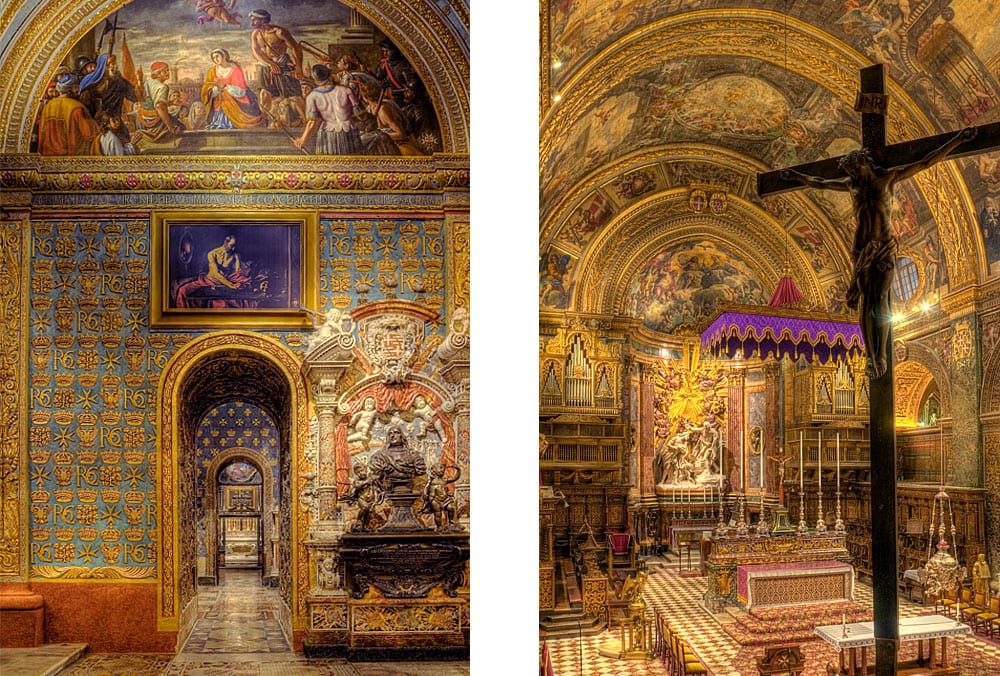